No image at this time. A bullion specimen with Hawaiiana collector appeal. I was pleasantly surprised I found this being sold..

The intermix of my numismatic and philately  hobbies identified this medal. Also, I’ve  seen an image of an  un-cannibalized specimen in its original intact Medalist First Day Cover (FDC). High probability this specimen was cannibalized for its silver content. 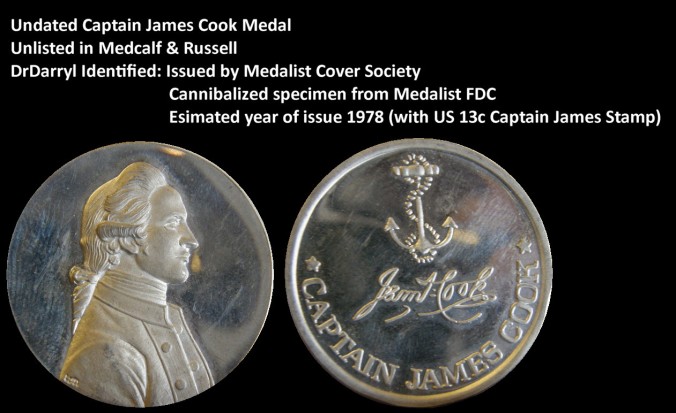 You will see the exact reverse on a medal I identified in a previous blog.

A NGC collector/contact provided me with images of the error transition from error NII HAU to correction NIIHAU. Previously 1266 and 1267 was identified at the notional transition point until another lower serial number (with correction) could be identified/verified.

(With drum roll in the background..)

The newly assigned and verified transition serial number is 1043 and 1044!!!!

An anonymous collector actually own both medals.

This is a major Hawaiian numismatic find!

Roughly 35% of the 3,000 struck are error. To put it into a better perspective, a little over 1/3 of the medals are the NII HAU error type.

I traced the serial number and there were previously purchased at a major auction without the fact being made that these were the transition medals….

She is out there. Just have to search for her! 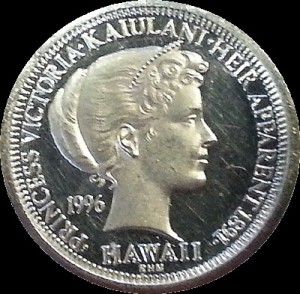 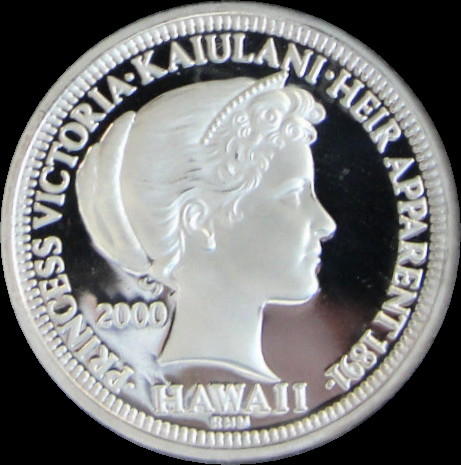 Top dollar for her! 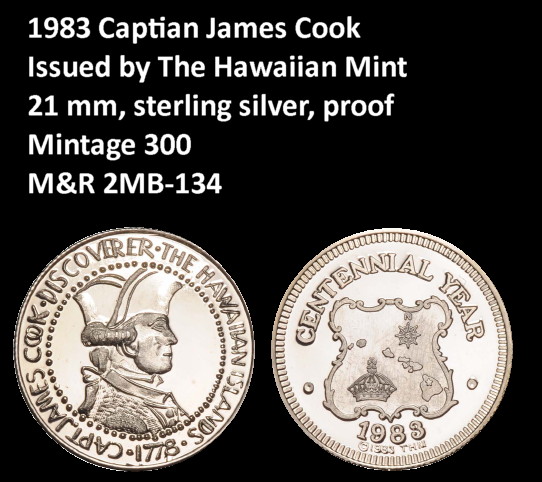 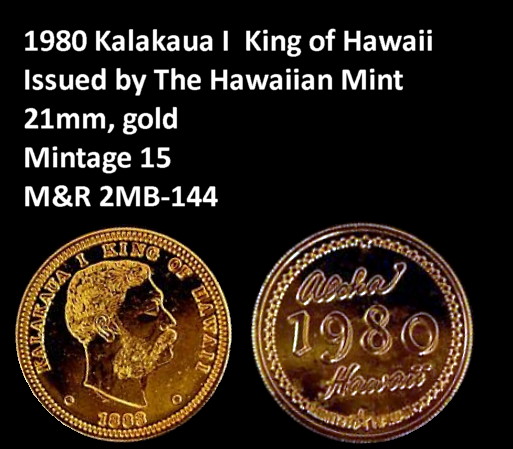 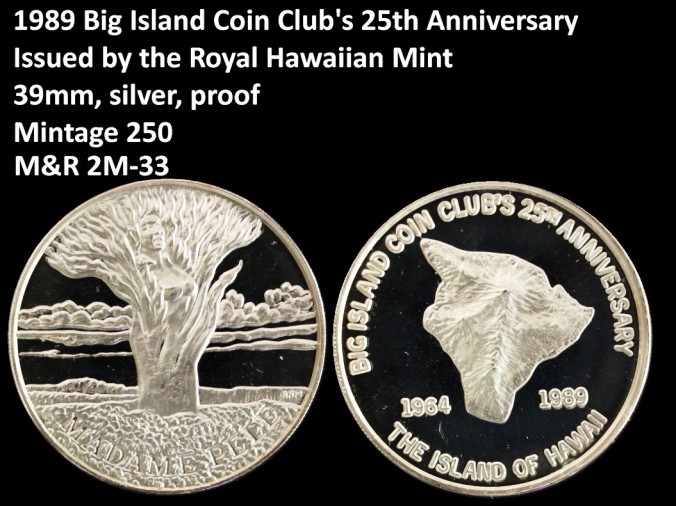 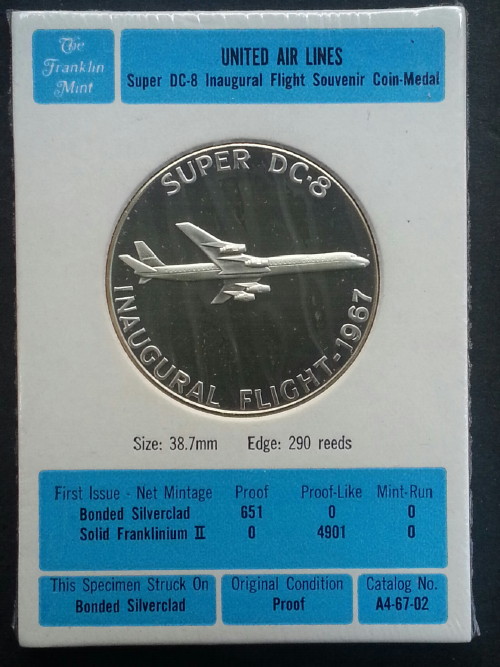 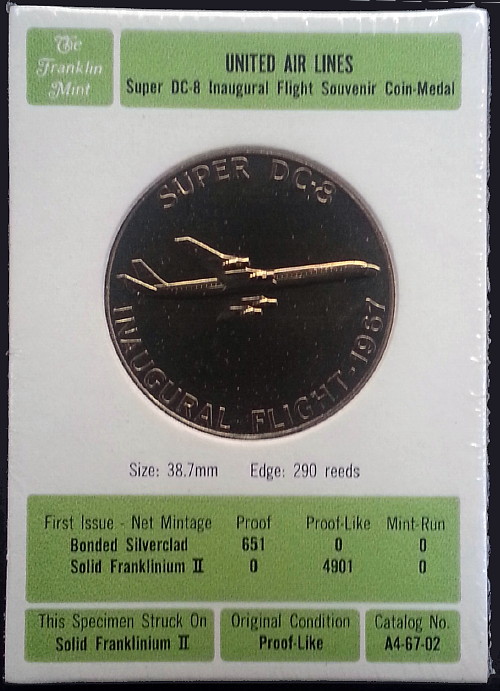 These two Hawaiian beauties are on their original card with original overwrap. Both are untouched by human hands, thereby, retaining its original mint luster. Please refer to page 126 of the book Hawaiian Money Standard Catalog, Second Edition, by Medcalf & Russell.

The significance of these medals to Hawaiiana numismatics is that the destination of the inaugural flight was Honolulu, Hawaii. On this flight passengers were gifted with the proof-like medal without card.  Official mintage figure is stated as 4,901 on the card; however, two other sources indicated a total mintage of 6,724. It can be assumed that the difference of 1,823 medals was provided by United to passengers, flight crew, ground crew, other employees and vendors working on the Super DC-8.

As for the mintage of 4,901 on the card, it can be  the census for the medals only issued on card.

The 651 and 4,901 on card census has also decreased as collectors discarded the card for direct access to the medal.

Tried to locate supporting information on a Duke token listed on ebay. None.  The blank reverse is an engraving pad. High probability its an appreciation medal of some sort (maybe for donors that made the statue possible?). It could even be a tourist souvenir.  I’m still looking into this token/medal….

Here is a very detailed thesis I found. Its a very good read on the Duke.