The collector term  “Mint On Card” or MOC means as issued and sealed in its original card. The term “card” is loosely used to mean its originally issued display packaging.

Why the fuss with MOC?

It means the item (coin, medal, ingot, etc…)  has never been touch by the hands of anyone. It means it’s in pristine as issued condition.

How does this apply to Hawaiiana numismatic collecting?

MOCs are  highly prized for the Franklin Mint issues relating to Hawaii.

What are the Franklin Mint issues?

Medcalf and Russell integrated several Franklin Mint issues into their catalog. A few are identified as “FM” others are not.

Are all the Hawaiiana related Franklin Mint issues identified in the Medcalf and Russell book?

Nope. I can confidently say that there are 90+ issues and most are not identified in the 1991 M & R catalog.

What are the undocumented Hawaiian related Franklin Mint issues?

I’m researching and writing about about these issues.  My book is planned to be  released in 2014.

How are MOC and undocumented  Hawaiian Franklin Mint issues related?

Untapped future demand. If you see it, buy it! It also applies to the documented Franklin Mint issues (it’s as pristine as one can get it).

Below is an example of a 2SI-20 MOC. Notice how its housed on the card. Most 2SI-20 suffer from mishandling due to its delicateness.

Below is a MOC variation (Mint On Cover). This medal is 2M-337. The postal cover holds a card that houses the medal. The cover (reverse side) also functions as a certificate of authenticity (COA). 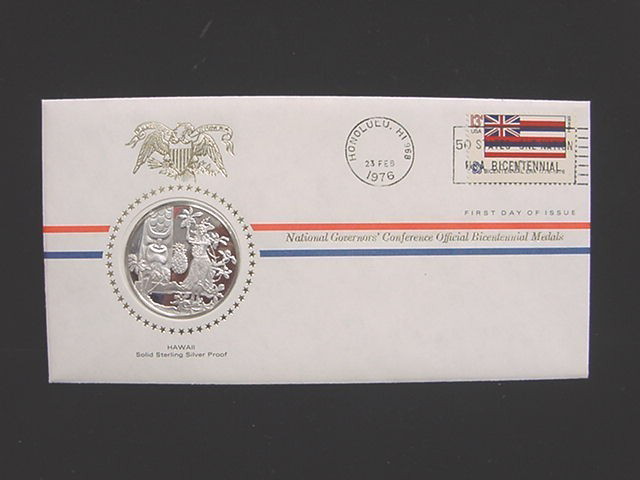 Below is an undocumented ingot (rough draft of a page from my book still being written). 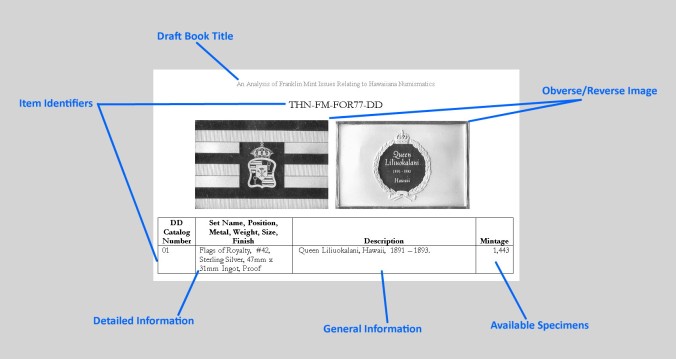 Here is the reverse of above MOC specimen. Again, notice how its housed. Untouched since 1977 (lower left bottom indicates the year) . 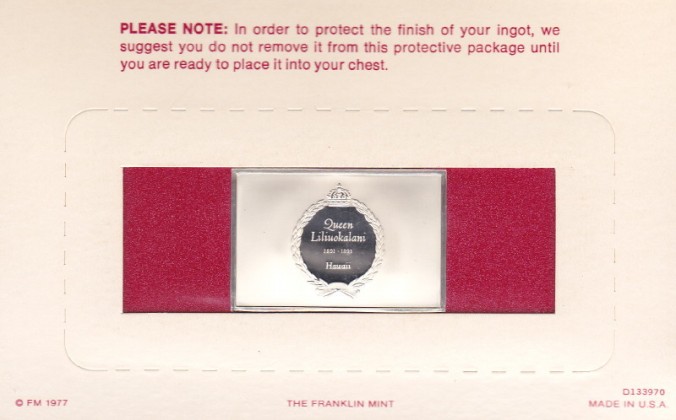