How elusive is this 22mm 1996 dated 1/4 ounce gold coin? I can point to documentation with  mintage number of 300 specimens.  There is a low probability that uncirculated specimens were struck.

If you look on the reverse of the coin you will see a 1994 dated RHM hallmark. What does this mean?

The reverse die from the 1994 Kaiulani Hapaha Gold Crown (proof mintage 950 and uncirculated mintage 75) was re-used with an obverse die dated  1996 with the Princess Kaiulani design.

Why did I bring up the 1996 Princess Kaiulani Gold Hapaha?

This is possibly the  last Hawaiian gold coin struck at the RHM before Bernard von NotHaus retired in 1998. Royal Hawaiian Mint publicly released  information indicates no Hawaiian design gold coin was struck in 1997 nor 1998. 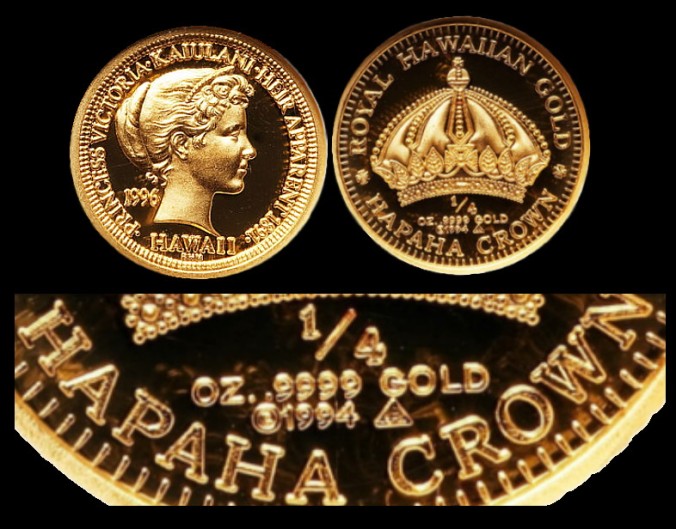