A December 6, 1921  article from The Maui News uncovers a previously undocumented fact about the Hawaii lunch tokens: Reduction in lunch price that changed the wording on the lunch tokens of Hawai’i.

This fact now provides evidence in the change of wording that is prevalent with the Hawai’i lunch token series. The two wordings are:

Base on this newspaper article, a single served lunch was originally priced at 5 cents for years. As the school lunch program were fully funded (by the local community), the school dropped prices (and switched to sell by entrée format)  as they were a not-for-profit business entity. There are several articles in which the school asks for donations from the local community. In addition, for the students who could afford it,  a 10 cent meal was available (four  2.5¢ entrées as a meal).

Wailuku School 2TL-123 and 2TL-124 are prime examples of this drop in price and change in wording on the tokens.

It can be said that: 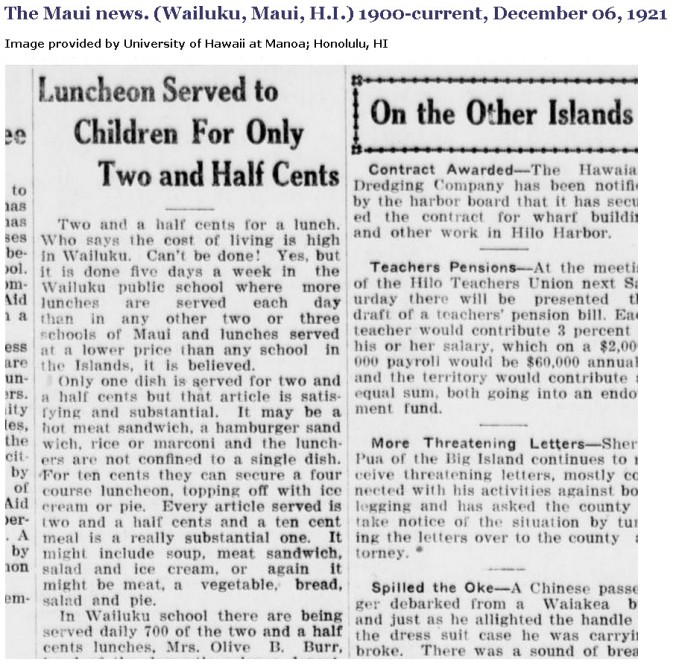