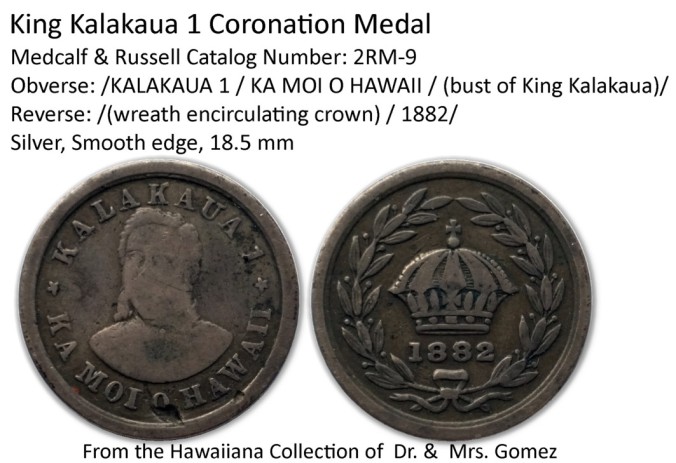 My maternal grandparents worked on the `Ola`a Sugar Company plantation and my paternal grandparents worked on the Hutchinson Sugar Plantation. Both are located on the Big Island of Hawai’i. My parents met at a carnival in between these two plantations and a courtship ensued. After my dad returned from serving in the US Army they got married. This resulted in a large family of seven children. We lived on the Big Island, Oahu, and an atoll in Northern Pacific Ocean named Wake Island (dad worked fro the federal government). My parents finally settled in the city of Waipahu. I had a great childhood growing up near a working sugar plantation. Growing up in the early years of Hawaii statehood, the ways of my parents were pushed aside. My maternal side of the family is from Northern Philippine (Ilocanos) and my paternal side of the family is from the Visayan Islands. Since these two Filipino subcultures don’t mix well, the seven of us were raised as Americans. In reality, I am third generation Filipino-American raised in the Hawaiian culture. I know more about the Hawaiian culture than the Filipino culture.

The Bango Tags collectibles is a direct path to the days of my grandparents. One of my other hobbies is genealogy research. My grandfather first arrived in Hawaii in 1919. I located the Hawaiian Sugar Planters’ Association (HSPA) records providing the exact date of arrival. Three years later my grandmother arrived in Hawaii with their eldest child. I located the ship’s manifest with the three names. I located the 1930’s census records showing my grandparents and dad. I located the entire family in the 1940 census. I located the US draft registration of my maternal and paternal grandfathers for US military service. So far I can only go back two generations prior to my paternal grandfather (born in 1893). I’ve located the Roman Catholic Church records of the City in which my grandfather was raised. I had my dad (still alive) DNA tested and his DNA trail follows the human migration “Out of African path” to Asia. I’ve added to my personal library all the major books about the “Sugar Trains” in Hawaii (most  were used on plantations). This genealogy research is on going.

As for the Bango Tags, its provides a glimpse of the plantation life my grandparents endured on the plantation. Here are some interesting books and articles.

Lastly, I found an image on the Oahu Sugar Plantation (in Waipahu) where I grew up. We (the neighborhood children) would hike and explore these ancient Hawaiian petroglyphs. http://mikekrzywonski.photoshelter.com/gallery/Waipahu-Oahu/G0000_G3YmMsjyeY/C0000tbxNXzFHn_0 It has been identified that this is the Pohaku-Pili. A legendary stone and ahupuaa marker for Waikele and Hoaeae.

Subtle hints  were in the ebay ad.

1) The obverse design with the profile of Princess Kaiulani seems to be the work of the Royal Hawaiian Mint.

3) Royal Hawaiian Mint gold 1 gram planchet is 10 mm in diameter (based on my experience). https://thehawaiiananumismatist.com/2013/06/16/unique-royal-hawaiian-mint-die-trail-collection/

6) The 10 mm is too small that the “normal” Princess Kaiulani obverse text will not fit on a 10 mm planchet.

8) The “Save the Dolphin” design is documented on 17mm Platinum Princess Kaiulani struk in 1994.

I suspect that the listing in Waifs in Boots is in error. This coin maybe the 1991 Princess Kaiulani Gold IKI 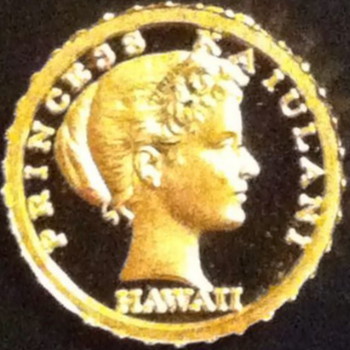 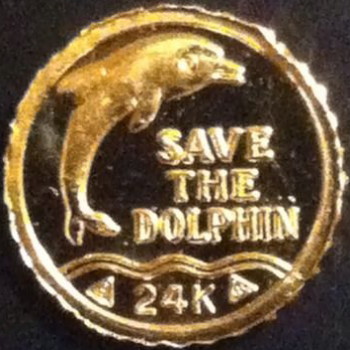 I was surprised that this medal was listed and sold rather quickly today. I was researching it.It’s dated 1882, but the coronation was held February 12, 1883.

Medal is also listed in:

Finally,  this coronation curiosity had made me purchase the book: The Arts of Kingship: Hawaiian Art and National Culture of the Kalakaua Era. This should be a good read.