Why the aggressive bidding?

This is the specimen I aggressively bid on. It’s a MS 65!

(The medal is actually slabbed by a mid-tier third-party grading service). Hopefully, a NGC submittal with keep it at least above the MS-63 level. And if it does, its a top pop!

The medal was part of the Presidential Coin and Antiques Company, Inc. Auction 85. (note the Hawaii name typos in the listing) 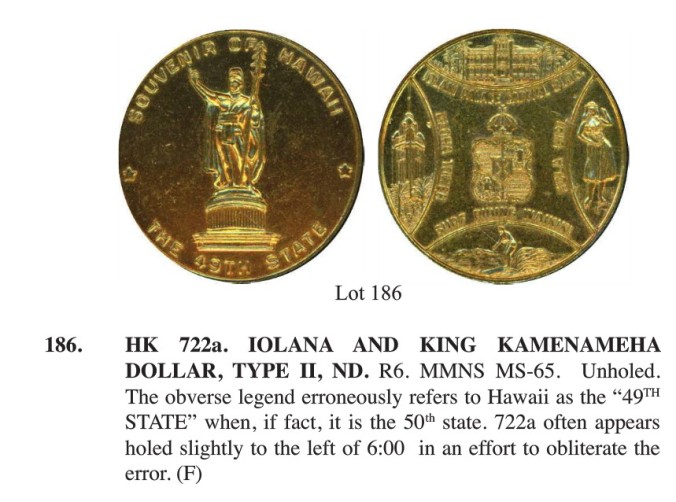